Isabel Dickens is an artist currently working with the Platform Young Company, our performance group for anyone aged 16 - 25 years. As part of her work with the group Issy will be posting regular updates of what goes on during meetings, rehearsals and workshops:

Today in the rehearsal we met up, checked in one at a time and then did a vocal warm-up and a bit of a stretch. The task from this week was for groups to find a way of using the Zoom space as a shared space. There were two instances of passing a glass of water across to people’s windows in the conference call. People had found different theatrical ways of dealing with it; firstly adding something to the water glass each time like an ice cube or a lemon, in the second one the situation culminated with water being thrown over Tighe, (by his brother who was secretly off-screen). The other concept that people brought was the idea of sharing music or dance experience. Owen took on the persona of the master of ceremonies and started playing music from inside his shower and singing a song. Jennifer and Islay set up two cameras each on themselves and sat in the bathtub and started dancing. Then they asked everyone to switch their cameras back on and dance with them. This was fun and felt like you were visiting an installation. The first scenarios felt contained and changed one individual factor which you had to observe, the second created quite a chaotic sense of a shared experience that people could join in with.

After this the group broke up into three groups and were asked the questions, 1) What has been successful and unsuccessful about the last 4 weeks of working on Zoom? 2) What does the Platform Young Company mean to people during the COVID-19 pandemic? 3) What would people like to do over the next 8 weeks in relation to making work or possibly making a show? It felt like the lockdown came about so quickly in March that the sessions just stopped and then we restarted in a completely different format that we had no idea we were going to use so it felt essential to stop and evaluate the work we had done so far and to try to find out what our new direction would be.

In terms of feeding back some of the successes had been: providing people with tasks to do which kept them thinking creatively and stretching themselves, having quite successful sharing and performances on the zoom chats so it felt like we had established new ways of working within the format. People also liked the opportunity to work in smaller groups as it was hard to communicate with larger groups of people on zoom.

In terms of the less successful aspects, sometimes people felt that the sessions were a bit too long or we did not get to share the tasks quickly enough. It is hard to focus for a long time on zoom so the sessions need to be efficiently timed. Members also wanted to feel a connection between the work we were doing now and the piece we were making before, or at least that we would be building on the work we were doing week to week. People also felt that checking in on zoom could feel weird because it was so silent when everyone was on mute. It would be nicer to have some lighter framing around how we introduce the session. There could also be connection issues with wi-fi which meant people missing parts of the session and could cause problems when feeding back work.

What the Platform Young Company meant to be people during this time was some structure, maintaining a routine and having a reason to get out of bed in the morning on a Saturday. It also felt like it had an important role in providing a sense of community because the company might not be able to connect with each other as well otherwise. It also had a role in giving people a ‘creative agenda’ and maintaining that way of working through tasks during the week.

In terms of the next few weeks, members felt the need for the work we were making to feel connected to something bigger, so the process did not feel disjointed. People also wanted to see something more of our previous work in the current work; it couldn’t be the same kind of piece because the format was so different but members wanted to include the same concepts and ideas. Members were on the fence about having a sharing, they did not mind either way but wanted to continue to be part of a creative process working towards something consistently.

We decided to have a week off next week to plan a kind of frame for what the work could be in the 7 weeks following until the end of June. We’re going to have a social event like karaoke or a quiz instead and then reconvene to start making work during the sessions.

At the end of this section of rehearsals, it feels like we have explored a lot of different ways that Zoom and video conferencing can be used to facilitate live performance and film making. This feels like a rich enough area that we could create a concrete piece of work on it and it will just be about figuring out what that can be over the next 7 weeks. Excited to find out how it will form itself.

If you are interested in finding out more about the Platform Young Company please send an email to info@platform-online.co.uk 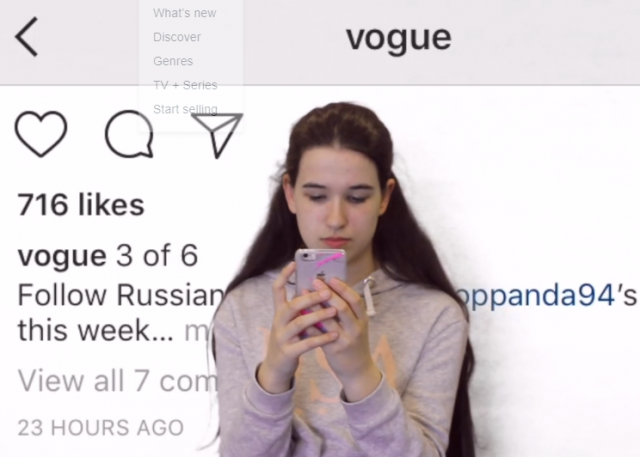 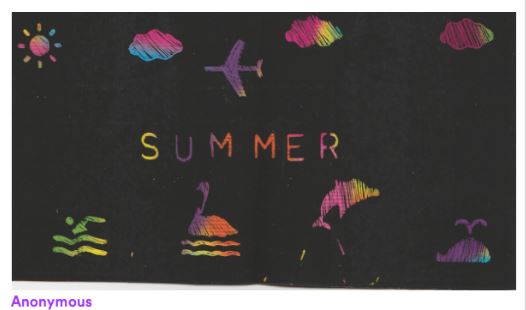 
Issue 4 of our mail art newsletter is hot of the press and the theme is summer!